Remakes of Chapters 1 and 2 released - and more!

We’re extremely excited to announce that the remakes of Chapters 1 and 2 have finally arrived! This release features many things, not the least of which is Chapter 1: Following Portents, Interlude 1.5: The Vortessence, Chapter 2: A Very Modern Major General, and Interlude 2.5: The Hand of Destiny (is charred).

The new chapters can be read by using our app through Steam, or by viewing the PDFs in your Steam → Steam Apps → Common → Half-Life A Place in the West folder. The original versions of these chapters can also still be accessed via the app. If you have already purchased Chapter 2, you’ll receive the new version for free, and if you haven’t, then when you do purchase it you’ll receive both versions. Chapter 1 and the other interludes are, of course, as free as they ever were.

So, that would in itself be enough for celebration, right? But we’re not stopping there. We’ve also added covers and new pages to all of the existing interludes - typically just one or two here and there that expand on the story. Still not enough? Alright.

We’ve [b]also[/b] included Interlude 6.5: The Enemy in the Clouds as part of this release, which should help tide things over until the next chapter. It’s a curious interlude, pulling back the veil on the cosmic nature of our story:

"Close to a century prior to the Black Mesa Incident, two mysterious operatives are dispatched to an experimental Combine science station on a distant world to complete a secret mission. There they discover a hidden transmission that leads deep into the heart of the Combine regime, one which hints at an insidious plot to transform the very fabric of all reality…” 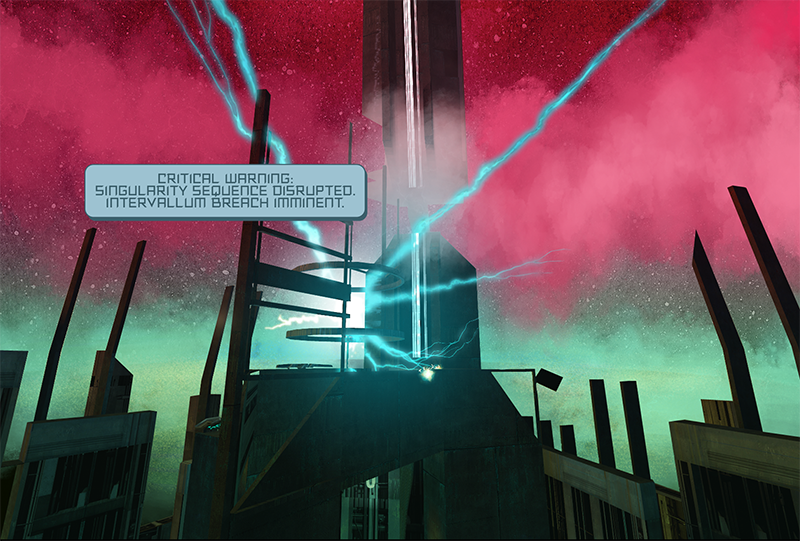 And finally, we’ve also rebuilt the app. We’ll leave you to discover some of the new features on your own, but in short it moves away from the Source-style menus and adopts more of its own identity. It finally has a two-page spread view, as well as support for Mac Catalina, and should in general be a lot smaller and more performant. (We’ve also [b]relaunched our website[/b] for anyone who checks those things.)

With well over 100 new pages, this is by far our largest release to date.

The only bad news is that we’ve temporarily dropped support for the Russian translations. We’re working on getting everything over to Vsevolod Stepanov and Pavel Lapinsky but there’s simply so much new content that it will likely take some time for them to get through.

But let me follow that up with more good news - Chapter 7: The Dark Between the Stars is already in production! It will be 38 pages as opposed to the usual 30 (at no extra cost) and should be released sometime around March/April (but don’t quote me on that). It raises the stakes quite a bit as we enter into the halfway point of the story.

We just want to express once more how grateful we are for your patience as we spent this year correcting our past mistakes. We weren’t really sure what the reception would be, and now that the release is out, we hope you agree with us that it was the right decision. It’s all forward from here.

We hope you’re excited about what’s to come. We certainly are.