Today is our anniversary. It’s been exactly four years since we launched on Steam. Where that time’s gone we can’t quite say for sure, but we think we’ve used it well: six chapters, not including the remakes, and several interludes, bringing us just shy of the halfway mark in A Place in the West’s story.

It’s a lot of content, and we couldn’t be prouder of our team, past and present: Kristian Rossi, Ester Salguero, DC Hopkins, and formerly Javier Puga, Ivan Miranda, Heath Heil, and Rachel Deering. We’re so privileged to work with such phenomenally talented people, and each of them, in their own way, have taken our little slice of Half-Life to places we didn’t dare dream of when we set out. So, to them, thank you.

And of course, thank you, all of you—there’s no comic without readers, and we’re so grateful for your time and interest.

We haven’t planned anything big for this anniversary because we are on the very cusp of completing the remakes. In the coming weeks we'll be pushing them out the door, as well as putting our entire catalog on sale. We’re so excited about the remakes and can’t wait to get ‘em in your hands. It’s something like 80+ pages, by far our biggest ever release. 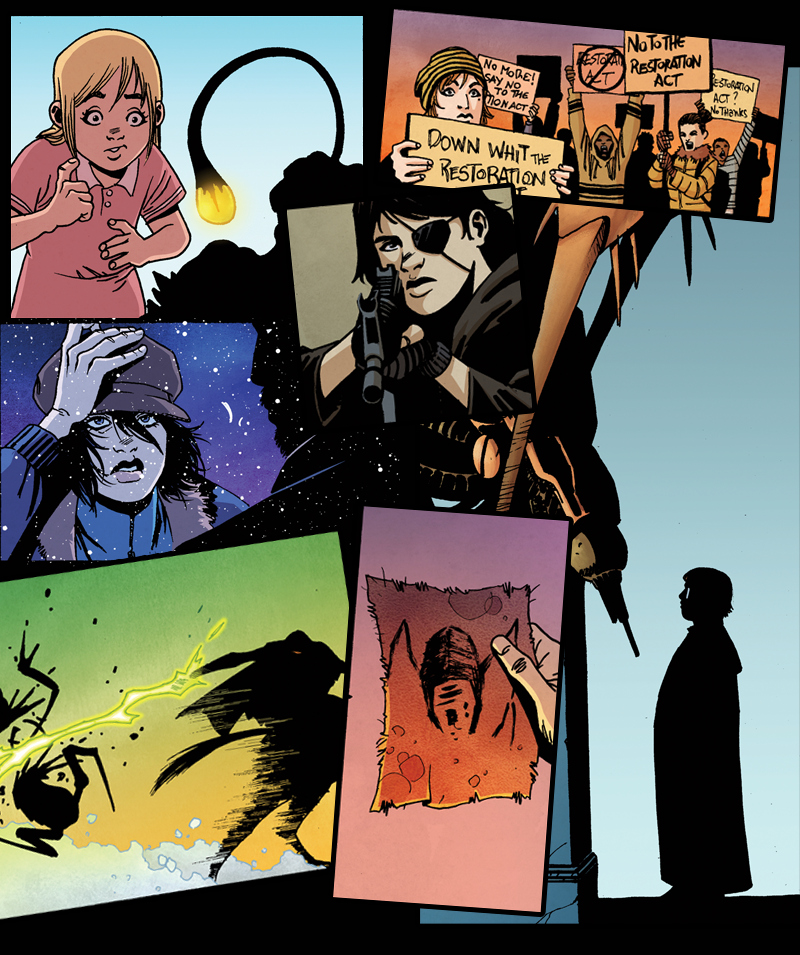 That release will be accompanied by a new website and a new app, both of which were designed to be sleeker and more accessible. The site’s done with the app close to following suit. Here's a preview of the new landing page of the app. 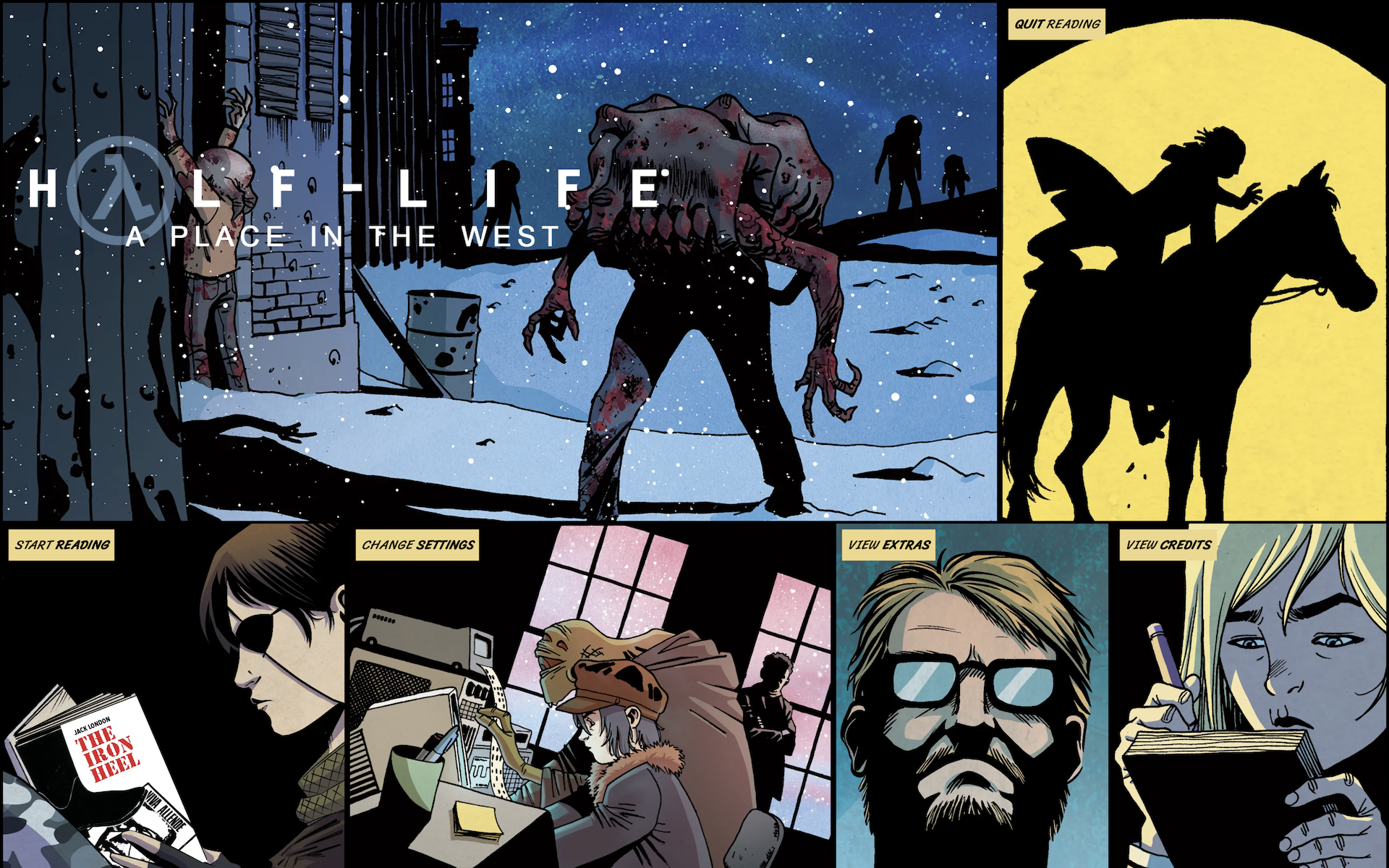 Additionally, we’ve added several pages to our interludes. We call them 'bookends'. It’s something we’ve wanted to do for awhile, but it made sense to wait until the big release. They’re a bit experimental, form-wise. Here, for instance, is a piece of text from Interlude 1: The Vortessence. 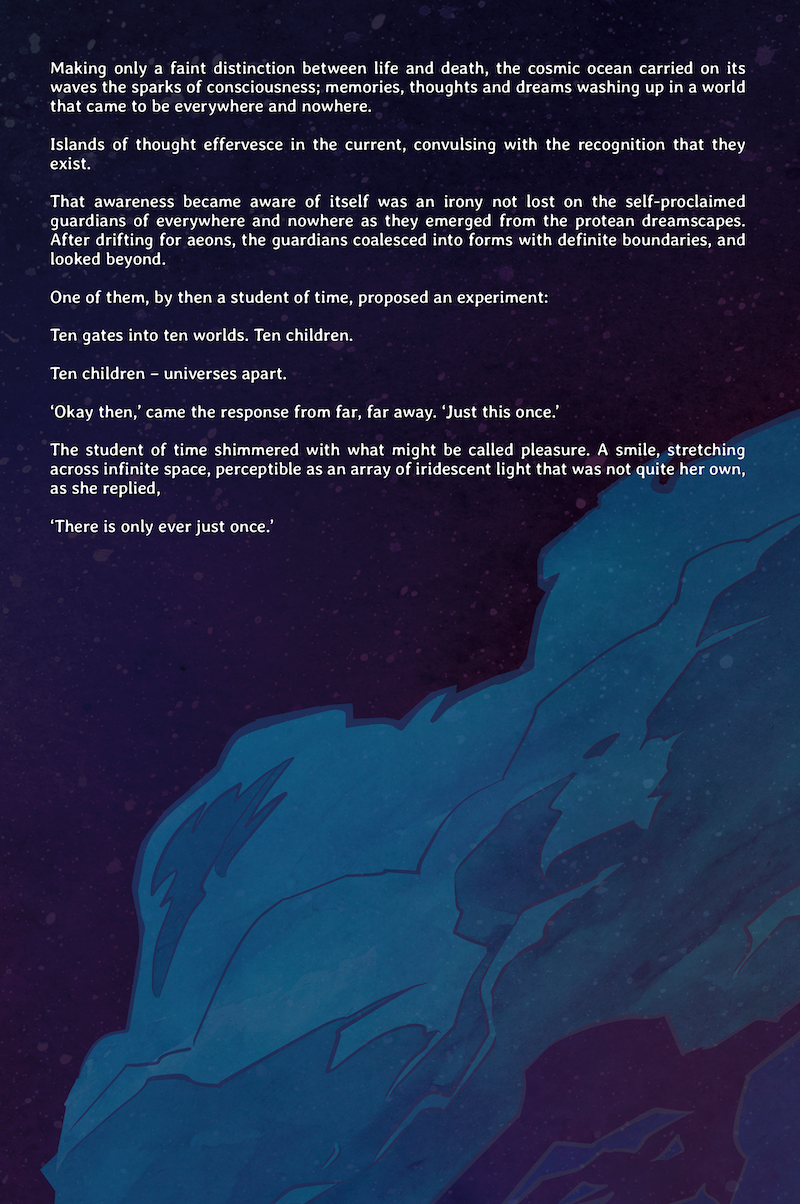 I know it must seem like we’ve been working away at these remakes for the best part of forever. And it’s true: we have. But it’s equally true that 2020 has been a trying and difficult year, and it’s delayed our plans somewhat. I think that’s true of everyone on the planet.

We are hoping for a better, brighter 2021. If we’re lucky we won’t just be releasing Chapter 7 next year. But we’ll see. We’ll see…

In the meantime, thank you. From the bottom of our hearts. And we’ll be back very, very soon with the remakes.