It’s time to ring in the end of the year. And what a year it has been. For us, it saw the completion of our plans to remake Chapters 1 and 2 of our comic, which we successfully released last week. It was an enormous relief, and we’re very excited to start making some real headway on our story, starting with Chapter 7: The Dark Between the Stars.

Progress on 7 is already underway and is slated for a Spring release. It’s the halfway point in our story which sees the battle between Long, Rajani and Banks reach its dramatic and explosive conclusion. Here’s a small taster of what’s to come: 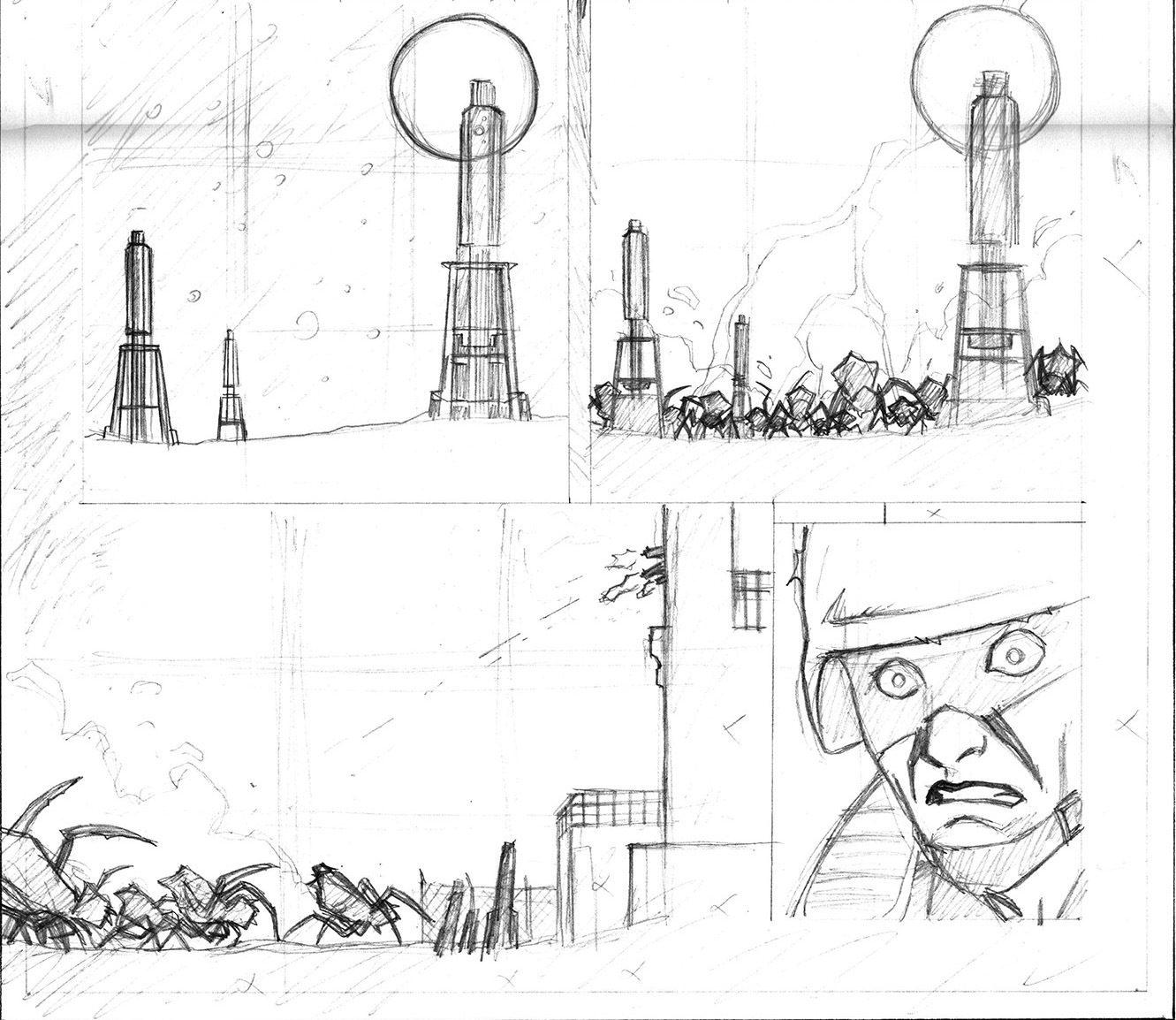 Following up from last week's release, we also have some things we're working on behind the scenes. The Soundtracks have been converted into being actual Soundtracks, and will be made available within the app again. We're also having a chat in the discussion boards about the image quality & compression, feel free to drop by there and weigh in if you have any thoughts on it! We'll be making tweaks there shortly.

Finally, we're also aware of an error that occurs when launching through Steam on Ubuntu (note that the app does work when launched from the folder, and that there are PDFs available). I'm going to be getting one of my machines set up with Ubuntu so I can properly diagnose & fix that.

In the meantime, the Steam Winter Sale has just started, and we’ve discounted every chapter including both volumes of the soundtrack. It's a better time than ever to get into the comic if you haven't before. And if you have, gift it to someone you like. Thank you for your support throughout the year, and we’ll see you in 2021.